"Hogwarts, Hogwarts,
Hoggy Warty Hogwarts,
Teach us something please,
Whether we be old and bald
Or young with scabby knees..."
-- The Sorting Hat (PS7)

A hog is a type of wild pig and is the animal for which both Hogwarts and Hogsmeade are named. An uncastrated male of this species is often called a boar.

The gates of Hogwarts are decorated on either side with statues of winged boars (GF12, GF24, OP11, OP16).

The Hogs Head tavern owned by Aberforth Dumbledore sported a sign painted with a "wild boar's severed head, leaking blood on to the white cloth around it" (OP16).

One of the fireworks set off by the Weasley Twins turned into "glittering pink and silver winged piglets" that flew around Gryffindor Tower (OP28).

One of the Hogwarts four founders, Rowena Ravenclaw, had a dream "that a warty hog was leading her to the cliff by the lake" (JKR-W3).

The winged hogs on either side of the Hogwarts gate are a fanciful version of the old saying "When pigs fly," meaning something that is impossible. To Muggles, magic is impossible, but not at Hogwarts. That symbolism crops up again in the form of Fred and George's fireworks that created pink flying pigs. 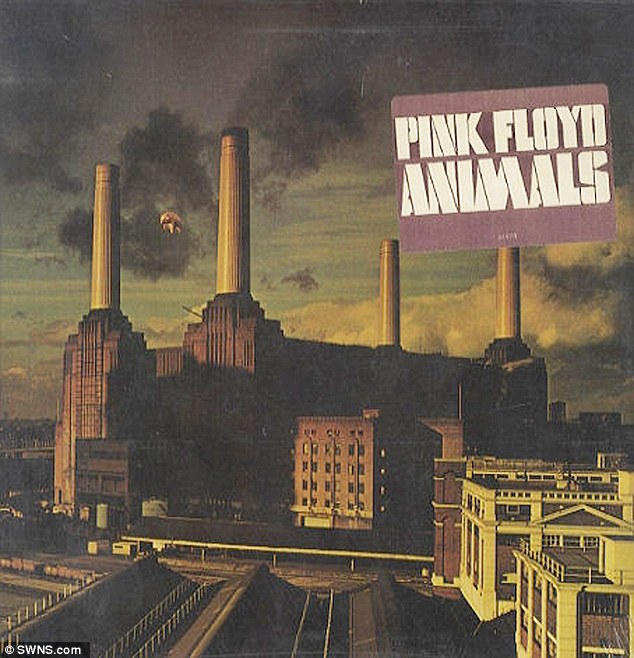 The flying pigs may also be an homage to the British band Pink Floyd, which used the image of a pig floating between two chimneys on Battersea Power Station, on their album Animals.

The  hog or pig is a domesticated form of the wild boar. The warthog is an African species of wild boar. Wild boars went extinct in Britain by the 11th century, but they have been reintroduced and are increasing in some areas.

Since wild hogs and boars are fierce fighters, they are associated in mythology with warriors:

Cultures throughout Europe and Asia Minor saw the killing of a boar as proof of one's valour and strength. Virtually all heroes in Greek mythology fight or kill a boar at one point. The boar as a warrior also appears in Scandinavian, Germanic and Anglo-Saxon culture, with its image having been frequently engraved on helmets, shields and swords. The boar and pig were held in particularly high esteem by the Celts, who considered them to be their most important sacred animal. (Wikipedia)