A falcon is a fast-flying bird of prey.   In ancient Egypt, the falcon hieroglyphic represented the god Horus, known as "he who flies above."  Since falcons have amazing eyesight, it's no wonder Egyptians revered the "Eye of Horus" which was all-seeing. source: Wikipedia The ancient art of falconry trained falcons to hunt and bring the prey back to the falconer. The art was popular for centuries in Europe, China and Japan and still practiced today all over the world. source: Wikipedia 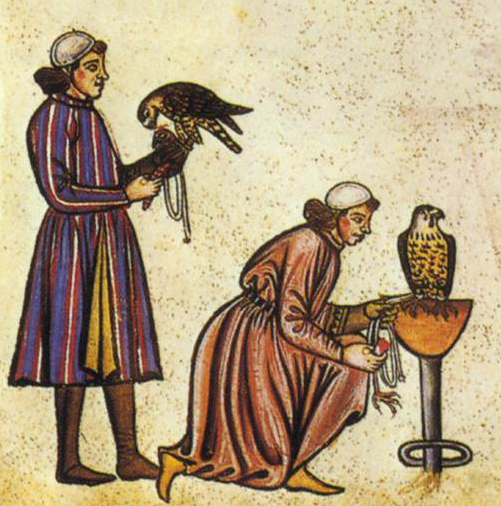