Tea leaf symbol from Unfogging the Future meaning “danger in your path.”

Essays
An Elegantly Woven Tapestry: Plotlines in Prisoner of Azkaban
Another View of Magic, Genes, and Pure Blood
Arthur Weasley’s Relationship to Sirius Black: First Forays into the Black Family Tree
Divination: The Theory and Practice of Prediction
Divination: Two Approaches
Dumbledore vivens Snapeque bonamicus
Snape’s Change of Allegiance
Snape’s Eyes
Teachers and Curriculum: Would You Want This For Your Child?
The Early Life of Tom Riddle and the Second World War
The Marks of a Villain 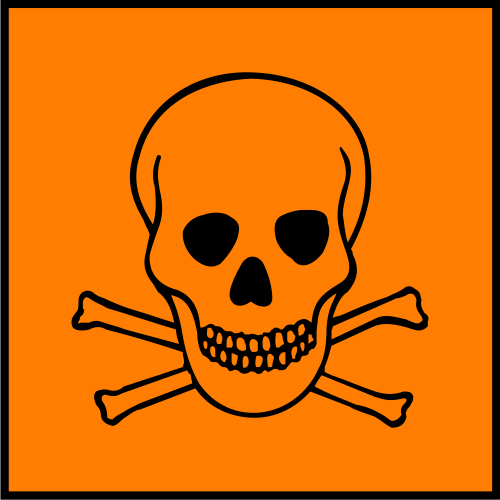 The skull is always a symbol of death, from the skull and crossbones on a bottle of poison, to skulls which adorn ancient graves. Medieval people became fascinated with the idea that Death, personified as a skeleton, comes for everyone, both the peasant and the king. This was depicted by artists as a "Danse Macabre" or "Dance of Death."   source: Wikipedia

Composer Camille Saint-Saens wrote his version of the Danse Macabre in 1874,  and in 1999 it was used as background music on Buffy the Vampire Slayer episode "Hush" about creepy demons with skull-heads known as "The Gentlemen" stealing people's hearts while they slept. source: Wikipedia